It's time to give something back.

At the end of 2019, the Colombian population's displeasure with the government was expressed in loud protests. Throughout the country, people took to the streets to demand a fairer social system and to protest against the poor implementation of the peace agreement. The government's failure to control the peace process is demonstrated by the increasing number of political assassinations, which mainly affect social activists, human rights activists and indigenous leaders.

This situation confirms the importance of Horyzon and YMCA Colombia programme: Through Paza la Paz, 1,571 young people were trained in the topics "peaceful coexistence", "democratic participa- tion" and "entrepreneurship" in 2019. The young people come from the lowest social strata and live in slums where they are confronted with violence and crime on a daily basis.

In the area of "peaceful coexistence", the young people are strengthened in their ability to work for peace and to act as mediators in conflicts. For example, young people from the Mojica neighbour- hood in Cali defused a territorial conflict between two criminal gangs by creating a graffiti for peace with the help of the entire neighbourhood.

In the "Democratic Participation" section, young people are informed about their rights and duties as civil citizens. In addition, they are supported in taking part in the active shaping of their neighbour- hoods through their own initiatives and in demanding their rights before decision-makers. In Quindío, on the International Day of Peace, 21 September 2019, the youth of Paza la Paz carried out a street action on the theme of peace and gender equality.

In the area of "entrepreneurship", the young people learned how to generate income through their own entrepreneurial initiatives. They went through a course programme on finance and budgets, income and expenditure, project management, creative economy and innovation. In Bogotá, Anyul, a youth leader from the project Paza la Paz, founded her own company "Smile Galaxy". Her moving story was captured in a short film.

In 2019 the project responsibility for Paza la Paz was handed over from Bruno Essig to Isabelle Aebersold. The report of the joint programme visit in July 2019 can be found here.

We keep our promises. Thanks to our customers, we were able to support an educational project of a Swiss charity with 3% of our sales from 2018.

By supporting the project "Paza La Paz" (English: A Step towards Peace) in Colombia, we are helping to offer young people from the poorest social classes a perspective beyond crime. In the Horyzon development organization project, young people are trained as youth leaders, receive entrepreneurial training and learn through various activities to play an active role in Colombian civil society and to benefit from their civil rights.

The Colombian population is still suffering from more than 50 years of conflict between the government, paramilitaries, guerrillas and criminal organizations. According to official figures, 220,000 people have been killed and another 6 million have been forced to flee. The displaced gather around the big cities in slums, where young people in particular lack any perspective. Poverty, lack of jobs and training places, crime, poor health conditions and exclusion from political processes lead young people to join armed groups.

The peace treaty signed in 2016 between the government and the FARC guerrillas represents both - an opportunity and an increased need for the program. An alternative life plan must be provided for the mainly young ex-guerrillas. Otherwise there is a high probability that they will set up criminal groups on their own and try to fill the power vacuum that has arisen, as was already the case with the dissolution of other armed groups.

In order to break this cycle of hopelessness, power vacuum and crime, Horyzon is working together with YMCA Colombia in the slums. With our contribution we support the development of young people to healthy, autonomous and proactive adults, who change their society positively and contribute to peace in Colombia.

Here you can find out more about Horyzon's projects: www.horyzon.ch 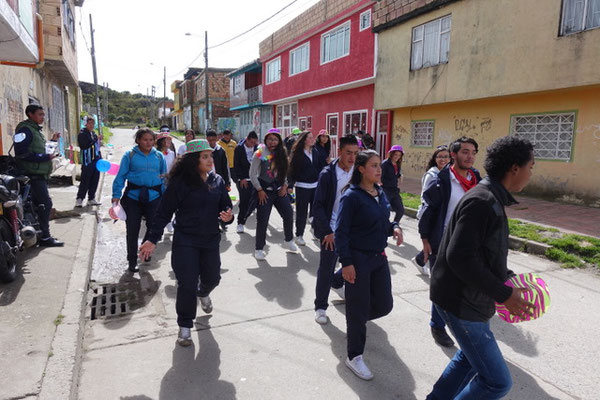 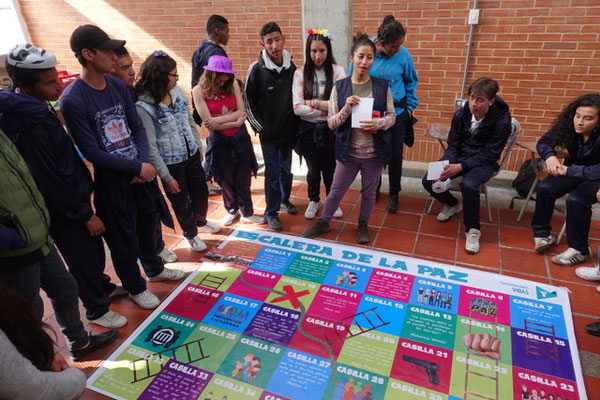 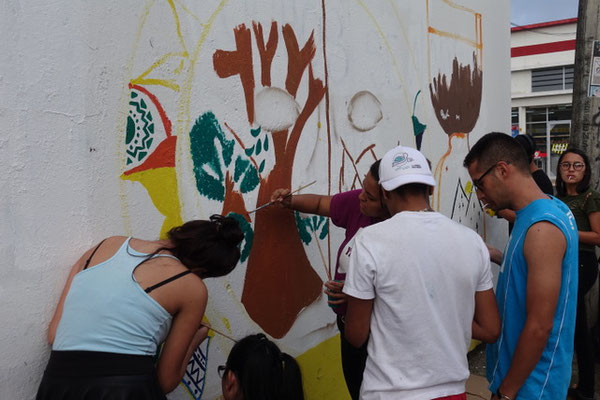 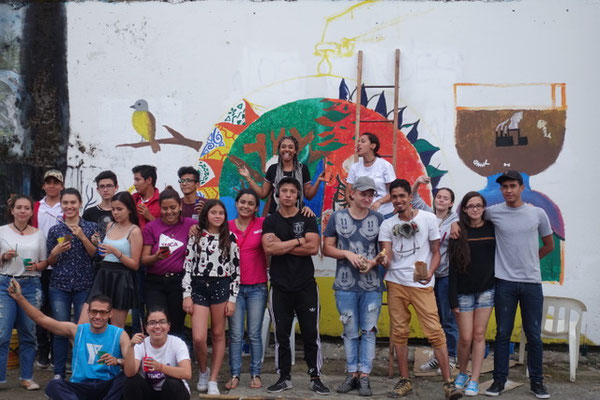 "Thanks to their financial support, Vortex Solutions offers young people in Colombia a perspective and thus the chance to develop themselves into self-determined adults who can further advance the peace process in the country. Such cooperations with responsible partners are extremely valuable for us as a development organization. - Andrea Rüegg, Director of Horyzon

We help to improve the life of many girls and boys in La Paz (Bolivia). Thanks to our customers, in 2018 we were able to support the remedial day care foundation Altipaña with a generous donation. The prevention and assistance program of the center is primarily aimed for children and teenagers with disabilities in El Alto, a suburb of La Paz. They are from families of former miners who only possess modest financial resources. The children are looked after and treated by a social worker, a physiotherapist and a psychologist. They are individually fostered physically, mentally and socially. Their families and relatives are being fully informed about their disabilities and mentored on how they can execute the physiotherapy exercises at home. In this way they facilitate the later integration of children and teenagers in public schools.

You can find out more about the projects of Children's Care Emmaus: www.kinderhilfe-emmaus.ch 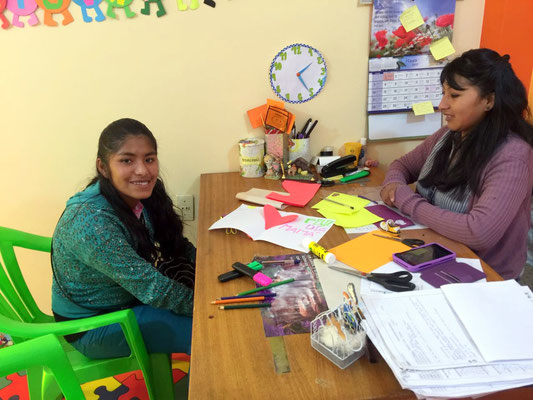 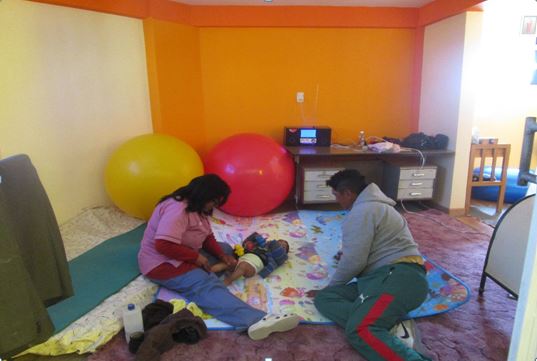 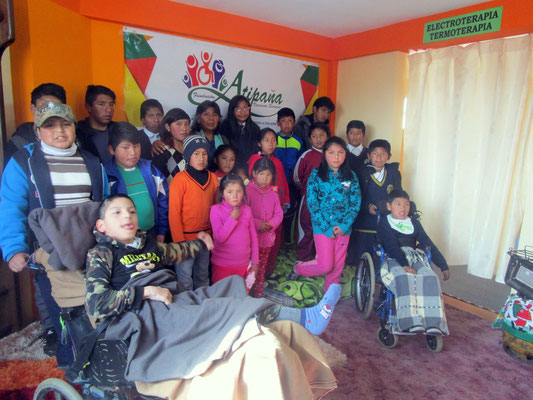 «The financial commitment of Vortex Solutions gives many children and teenagers with disabilities a better, decent life. It gives them self-confidence and perspective, which is crucial for their future.” – Quote of Pierre Farine, Managing Director of Children’s Care Emmaus”

With the After-School Project in Moldova, we are helping children on the margins of society to find perspective. The Pro Adelphos Relief Organisation has launched this project providing vulnerable children support with their school homework and holistic care in community centres. Thus, they can successfully complete an apprenticeship and grow into independent and constructive members of society. With this collaboration we are supporting a generation that is creating future prospects in their own country.

Learn more about the projects of Pro Adelphos here: www.proadelphos.ch 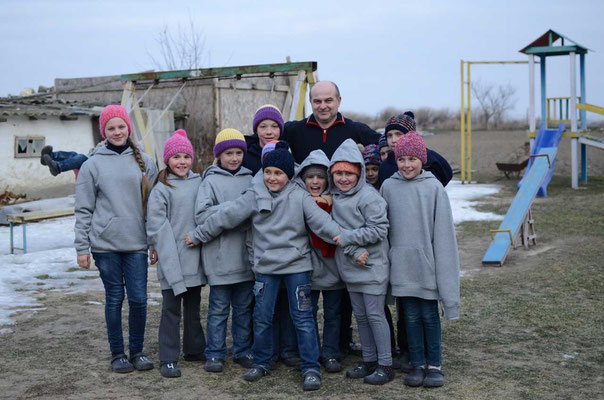 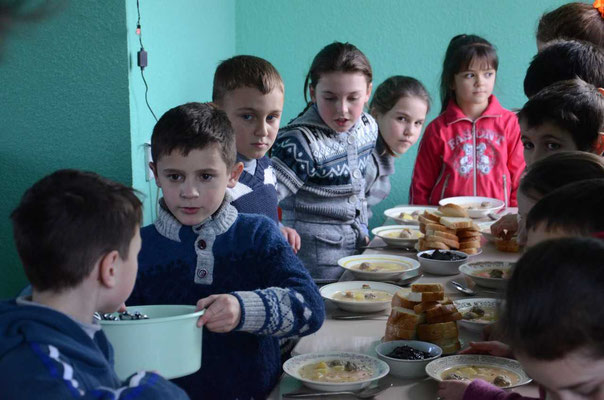 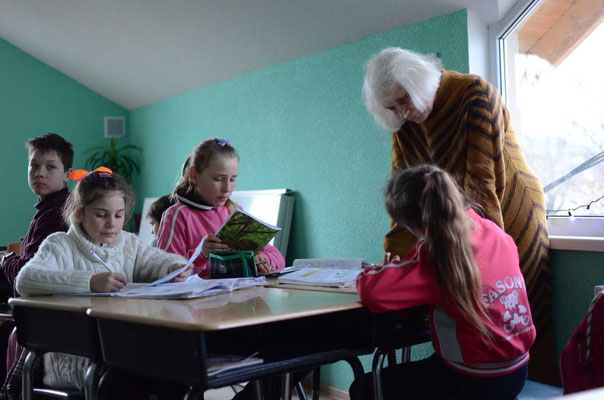 “Thanks to the financial support of Vortex Solutions, the children will have a future in their home country. For us as a relief organisation, working with trusted partners is of tremendous value.” – Julia Albers, CEO of Pro Adelphos